Introduction
Nepal, officially the Federal Democratic Republic of Nepal, is a landlocked sovereign state located in South Asia. It is located in the Himalayas and bordered to the north by the People's Republic of China (well, Tibet), and to the south, east, and west by the Republic of India. With an area of 147,181 square kilometres, Nepal is slightly larger than the state of Arkansas.

The ensuing elections for the constituent assembly on May 28, 2008 overwhelmingly favoured the abdication of the Nepali monarch and the establishment of a federal multiparty representative democratic republic.
Exceptions are still the autonomic regions of Mustang, Dholpo und Khumbu. 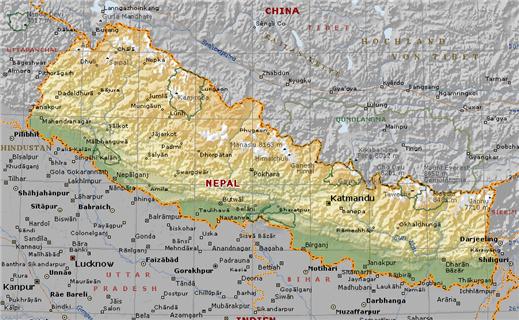